The euro traded lower in the European session on Thursday but received support from rising risk appetite. Regardless, the single currency remained dangerously close to its two-decade low of 1.0160 as increasing energy prices worsened recession fears. The euro trades at 1.0200 after tapping its lowest point since December 2002.

Reports showed that Implied Volatility in the FX market remained close to 11.2%, its highest level since March 2020. This standing highlighted the fear in the market, as investors watched out for parity between EUR and the US dollar.

Notably, equities held on to gains on Thursday as investors worried about recession risks and a possible pause in interest rate hikes. Commenting on the EUR/USD price dynamics, Berenberg forex and rates advisor Moritz Paysen noted: “Parity (between the euro and the dollar) is within reach, and one can expect the market to want to see it now.” 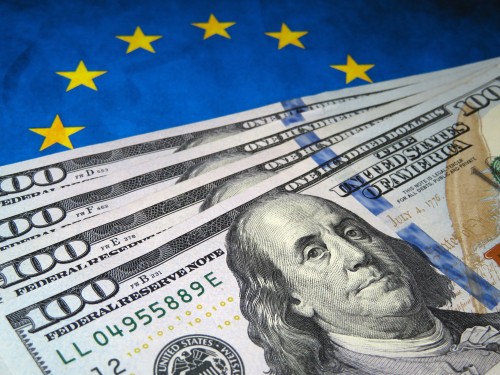 Euro Could Fall Lower Against Dollar if Recession Materializes

Elaborating on potential price movement in the EUR/USD, George Saravelos, global head of forex research at Deutsche Bank, noted: “if Europe and the US slip-slide into a recession in Q3 while the Fed is still hiking rates, these levels (0.95-0.97 in EUR/USD) could well be reached.” Saravelos added:

“The two key catalysts to mark a turn in the USD embedded in our forecasts are a signal that the Fed is entering a protracted pause in its tightening cycle and/or a clear peak in European energy tensions via an end to Ukraine hostilities.”

Meanwhile, the US Dollar Index (DXY), which tracks the dollar’s performance against a basket of six counterparts, currently trades down at -0.22% to 106.80 after tapping a fresh multi-decade high Wednesday.

In other news, commodity-tied currencies recorded a decent bounce on Thursday on the rise in Copper prices.

Commodity-linked currencies strengthened as copper prices climbed. Some investors returned to the market on Thursday after heightened recession fears sent the red metal to its lowest level in nearly 20 months.