Speaking on worsening inflation in the US and across the globe in a recent interview, geopolitical expert, Jim Rickards, explained the debilitating ripple effect it has on the economy and the populace.

Rickards explained that the effects of inflation are numerous and mostly invisible. He added that one of such effects is that inflation reduces your “real income” considering that the dollars you earn are worth a bit less. Inflation also reduces the government debt as it becomes cheaper to repay the debt the government owns thanks to the diminished value of the dollar.

That said, the effects of a decline in real income on an economy are severe as they negatively affect the spending habits of citizens, causing small and medium-scale businesses to suffer.

Rickards further explained that inflation is more of a supply-side problem than it is of demand. He noted that supply chain disruptions like the ones getting recorded recently due to COVID-19 and geopolitical tensions. Unfortunately, these issues are not expected to show any improvements in the near to medium term. The economist and investment banker argue that they could get worse in the short term. 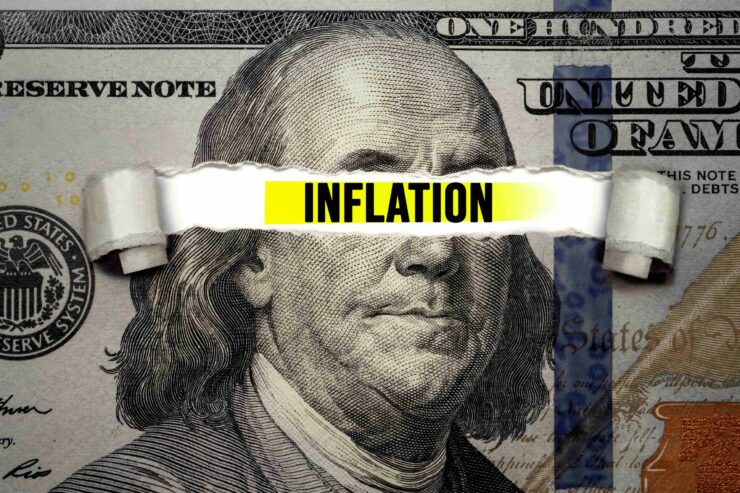 For example, as a corrective measure, China locks down entire cities and cuts off transportation relating to the affected city. At the moment, Shanghai has become the latest Chinese city to witness such a lockdown, as all 26 million residents have been ordered to remain indoors and occasionally come out for necessary supplies.

That said, considering the economic importance of Shanghai, one of the largest cities in the world, to global trade, it is easy to see how supply chains can be affected.

US Fed Expected to Competently Spur Recession to Outrun Inflation

Rickards explained that with such realities, the US Fed has limited options to tackle rising inflation, as the causes are out of its control. However, the economist opined that there is just one way the Fed can get inflation under control, which is by raising interest rates until a recession is achieved. That said, many doubt the competence of the Fed to successfully pull off such a stunt, arguing that the US could end up with both inflation and recession.