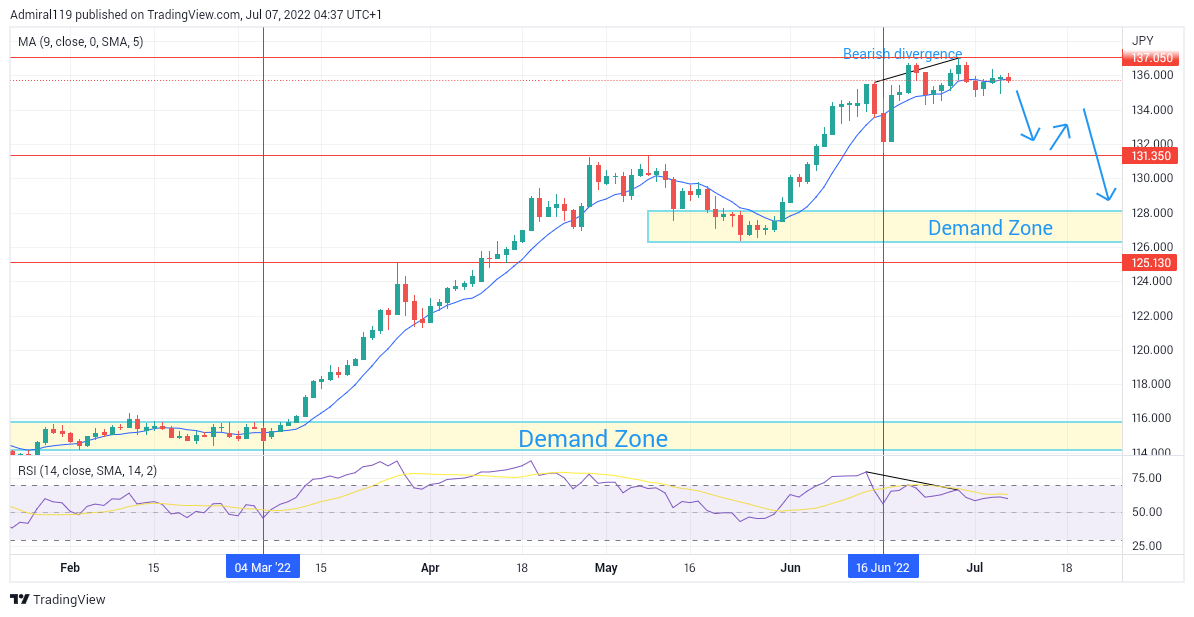 Currently, it appears that the bulls are offloading their long positions in favour of the bears. This might either lead the market into a correction phase or a new trend change from the current upward direction. As indicated by the Simple Moving Average (SMA), the current upward trend began after the consolidation period ended on March 4, 2022. Price rallied from here to the previous resistance level at 125.130, only to break through and face a higher resistance level of 131.350. The previous resistance level at 131.50 pushed the USDJPY market into a demand zone, resulting in a rapid rally and a fair value gap that must be filled later.

The previous resistance level at 131.350 has now become an important support level as the market was unable to break it on June 16, 2022. From the support level of 131.350, the price rose to an important resistance level of 137.050 to form higher highs. This contradicts the lower highs formed by the Relative Strength Index (RSI)—thereby indicating that the market is about to form lower highs which will result in a change in the current upward direction. The RSI also confirms this as it shows that the market is just recuperating from an overbought region. 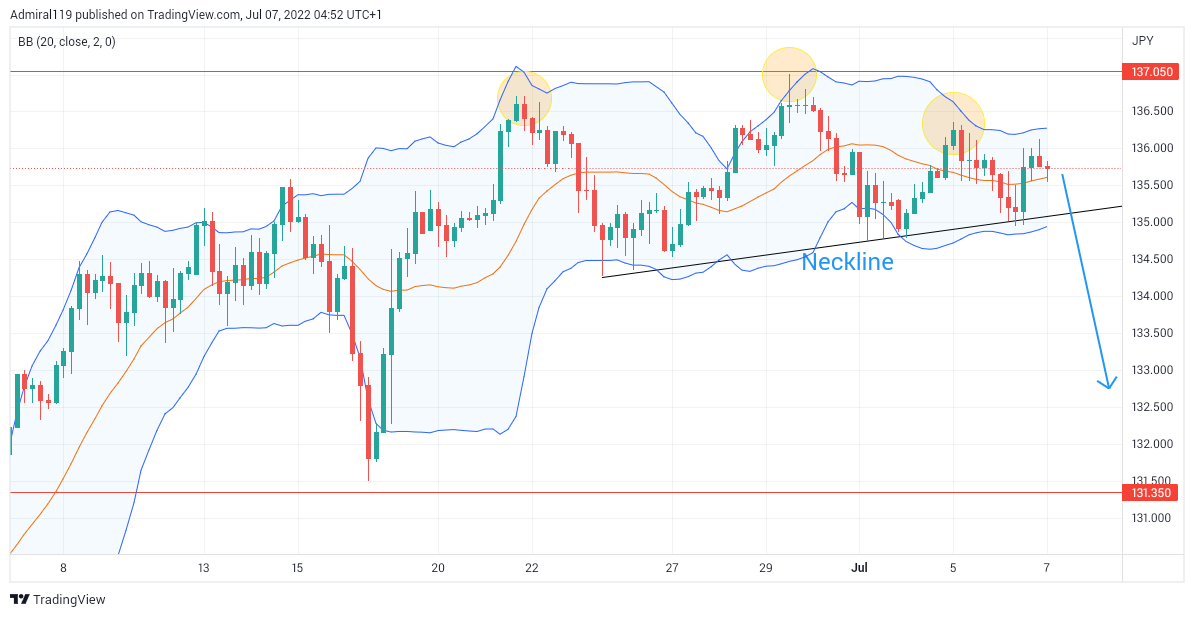